Its just around the corner! 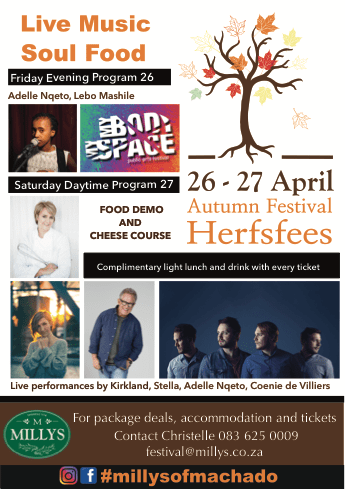 26 April 2019 will see the start of our Autumn Festival running to 27 April 2019.  Showcasing some of our amazing local singer-songwriter talent as well as local foodies, it promises to be a cultural event to remember.

Follow our Millys Facebook Page for updates and news and in the meantime – here is what you can look forward to:

A little more information on our Foodies and Artists: 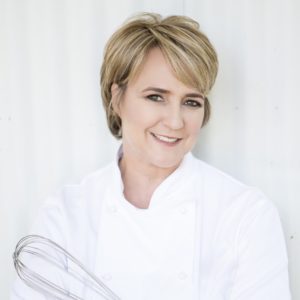 Renowned chef and food consultant, Annelien has years of experience and loves sharing her knowledge with amateur cooks.  From basic to more technical, her recipes are always written with a ‘lesson’ in mind.  Last year she wowed us with her amazing bread-making course and this year she is back to teach us about making cheese.  Don’t miss it! 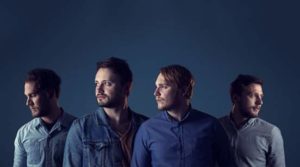 Kirkland is a young, up and coming band from Bloemfontein, South Africa. Their sound is a unique blend of all the music genres that the members hold dear, from old dusty folk albums to new and upbeat pop music. This union of colorful genres allows them to create a beautiful atmosphere filled with melancholic guitar swells, driving bass, unique vocal melodies and thunderous drum parts. 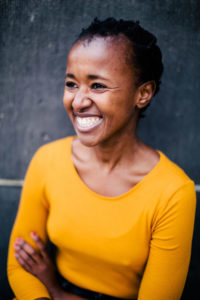 Lebo is an actor, writer and poet and published her first collection ‘In a Ribbon of Rhythm’ in 2005.  She received a Noma award for this in 2006. With numerous awards including being cited as one of the Top 100 Africans by New African magazine in 2011.

With a career spanning 40 years and 20 albums, Coenie is a household name in Afrikaans music. He has performed and collaborated with many local artists including Hugh Masekela, David Kramer, Laurika Rauch and Sibongile Khumalo. He has won three SAMA awards, a medal of honour by the South African Council of Arts and 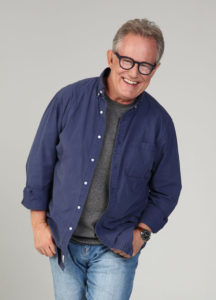 Sciences and numerous other accolades. In 2011 he also won a Lifetime Contribution to Music award from Huisgenoot Skouspel.

More recently he released Emoji – a ground-breaking album – in 2016. The music is mostly original and boasts work in English, Afrikaans, Khoisan and Zulu, as well as instrumentals.

Born and raised in Bloemfontein, he is also wellknown as a television presenter and is married to Dr Eleftheria de Villiers and has two daughters on a son. 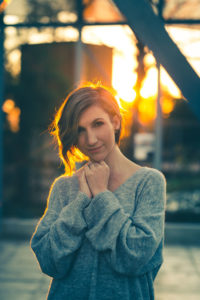 With a passion for collaboration, Stella has been involved in many successful projects that has enhanced her sound and her experience in the industry. As a multi – SAMA and TEMPO nominated artist, her band Duis:Lig won the Ghoema for best Spiritual album in 2015 and 2017 – reflecting her strong gospel roots. Recently, she’s been exploring another side of her musical passion while collaborating with multi- SAMA nominated Jake Odendaal (Best producer | Best engineer), who has worked with artists such as Joe Niemand, John Ellis (Tree63), Elvis Blue and Joe Foster for over 15 years. Stella has been influenced by 8 years of local and international travel as well as her collaborations and performances with other artists. She is a multi instrumentalist and she composes and writes most of her songs from her home on a farm on the outskirts of Carolina, the beautiful Acom Guest Farm and Wedding Venue. 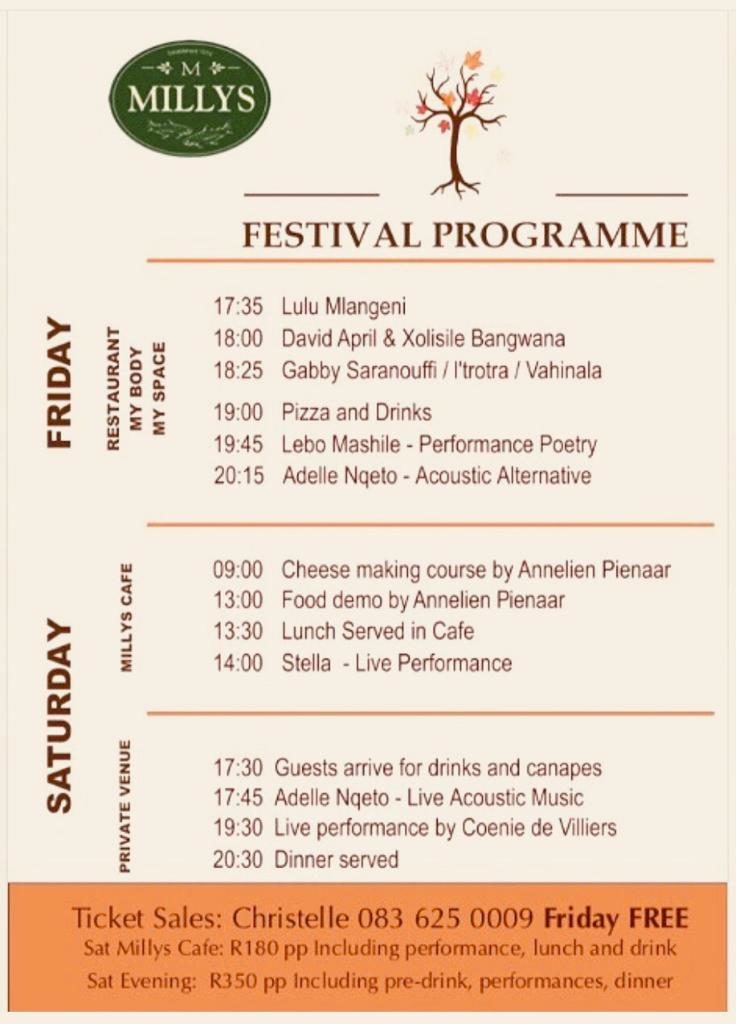 Homemade products prepared in the traditional way and made from family recipes handed down with care. We believe in uplifting and supporting our community and take pride in our staff.

We are excited to welcome Faraway George to Millys! Tickets for…